In this article, we will review several techniques to reduce Docker image size without sacrificing developers’ and ops’ convenience.

Here are some basic steps recommended to follow, which will help create smaller and more efficient Docker images.

1. USE A SMALLER BASE IMAGE

The above command will set your image size to 128MB at the outset. Consider using smaller base images. For each apt-get installer or yum install line you add in your Dockerfile, you will be increasing the image size based on the size of the library is added. Realize that you probably don’t need many of those libraries that you are installing. Identify the ones you really need and install only those.

For example, by considering an alpine base image, the size of the image will get reduced to 5MB from 128MB.

Many developers will use the curl/vim tools inside the Dockerfiles for later debugging  purposes inside the container. The image size will further increase because of these debugging tools.

Note: It is recommended that install these tools only in the development Dockerfile and remove it once the development is completed and is ready for deployment to staging or production environments.

Try to minimize the number of layers to install the packages in the Dockerfile. Otherwise, this may cause each step in the build process to increase the size of the image.

Try to install all the packages on a single RUN command to reduce the number of steps in the build process and reduce the size of the image.

Note: Using this method, you will need to rebuild the entire image each time you add a new package to install.

4. USE –no-install-recommends ON apt-get install

Adding — no-install-recommends to apt-get install -y can help dramatically reduce  the size by avoiding installing packages that aren’t technically dependencies but are recommended to be installed alongside  packages.

Add rm -rf /var/lib/apt/lists/* at the end of the apt-get -y install to clean up after install packages. (For yum, use yum clean all)

If you are to install wget or curl to download some package, remember to combine them all in one RUN statement. At the end of the run, the statement performs apt-get remove curl or wget, once you no longer need them.

From Latest will Lint your Dockerfile and check for even more steps you can perform to reduce your image size.

Smaller the image size better the resource utilization and faster the operations. By carefully selecting and building image components by following the recommendations in this article, one can easily save space and build efficient and reliable Docker images. 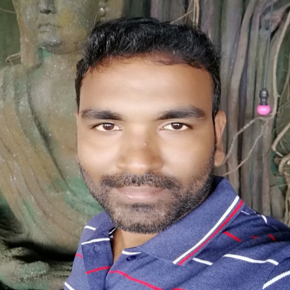