Docker image is a stack of read-only layers wherein each layer a Docker command is recorded. When we start a Docker container from Docker images, the Docker engine takes the read-only stack of layers and adds a read-write stack on top of it. The changes which we make within a running container will be stored on this read-write layer. This file system of Docker is known as the Union File System. Docker also ensures that the changes on read-write will not affect the original files in the read-only layer.

The Requirement of Docker Volumes

Docker has multiple options for containers to store files in the host machine.

Volumes are also stored as part of the host file system, which is managed by Docker. On Linux, volumes are stored in “/var/lib/docker/volume”. Non-Docker processes should not be allowed to modify this part of the file system. One of the best ways to persist data in Docker is Volumes.

“Bind mounts” can be stored anywhere on the host system, which may even contain important system files or directories. In this case, Non-Docker processes on the Docker host or a Docker container can modify them at any time. If you bind-mount into a non-empty directory on the container, the directory’s existing contents are obscured by the bind mount.

If you execute an interactive bash shell on the container and check the  /usr/share/nginx/html/ path you will see the index.html

Bind mounts are basically just binding a certain directory or file from the host inside the container. The file or directory is referenced by its absolute path on the host machine.

When you use a volume, a new directory is created within Docker’s storage directory on the host machine, and Docker manages that directory’s contents.

If you use binds and want to transfer your containers/applications to another host, you have to rebuild your directory-structure, whereas volumes are more uniform on every host.

tmpfs mounts are temporary. They are stored in the host system’s memory only and are never written to the host system’s file system. If your container generates non-persistent state data, consider using a tmpfs mount to avoid storing the data anywhere permanently and increase the container’s performance by avoiding writing into the container’s writable layer. This option can be used for keeping sensitive data during execution. 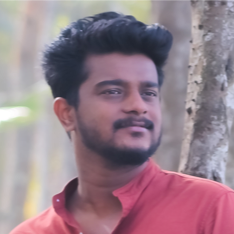 Cloud DevOps Engineer with 2+ years of experience in supporting, automating, and optimizing deployments to hybrid cloud platforms using DevOps processes, CI/CD, containers and Kuberneties in both Production and Development environments