LEARN TO DEPLOY POSTGRES HA ON KUBERNETES IN 60 MINUTES

A database has been required in the backend of any software or web application as persistent storage. However, the increased number of transactions per second and the amount of data saved necessitates a robust and adaptable architecture for storing and accessing that data.

Despite being introduced before competitors, database experts still regard the platform as the most popular and dependable DBMS. It offers a variety of extensions, allowing businesses to alter the database to meet their specific needs without harming the primary database.

WHY USE POSTGRESQL, AND WHAT ARE ITS ESSENTIAL FEATURES?

PostgreSQL has a broad range of uses.

The capacity of a system to run continuously without failure for a specific period is referred to as high availability. HA works to ensure that a system performs at an agreed-upon operational level. The five-nines availability standard, which is frequently used but difficult to attain, states that the product or system is available 99.999% of the time. This may be accomplished by combining a few elements:

HOW DOES POSTGRESQL SUPPORT HA?

The measure of a system’s resilience in the event of infrastructure failure is contained in PostgreSQL High Availability. PostgreSQL ensures the high availability of its clusters by providing that if the primary server fails, a standby server will take over.

The significance of PostgreSQL’s High Availability is that it assures that a server or system loss has no long-term impact. Furthermore, it forces you to monitor and manage the health of backend servers. Finally, in the case of an unexpected failure, PostgreSQL High Availability assures that failover is automatic and that all resources are geographically distributed.

PostgreSQL can be configured in multiple ways to support High Availability (HA). Check out our previous article on ‘Deploy PostgreSQL HA on Kubernetes‘ to learn more about PostgreSQL HA deployments and architecture.

If you are interested to learn more about “how to set up PostgreSQL HA?” Here is a workshop on ‘Learn to deploy PostgreSQL HA on Kubernetes Clusters in 60 mins‘. 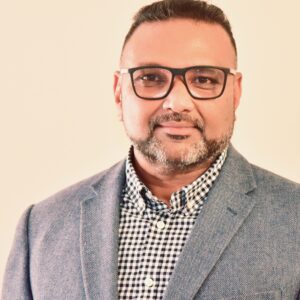 Rejith Krishnan is the co-founder and CEO of CloudControl, a startup that provides SRE-as-a-Service. He’s also a thought leader and Kubernetes evangelist who loves to code in Python. When he’s not working or spending time with his two boys, Rejith enjoys hiking in the New England outdoors, biking, kayaking, and playing tennis.