TOOLS AND PRACTICES USED IN DEVSECOPS

WHY IS DEVSECOPS NEEDED AND WHAT ARE THE TOOLS AND PRACTICES USED IN DEVSECOPS?

Businesses that want to integrate security into their DevOps infrastructure should use tools and processes that bring together teams from application development, IT operations, QA testing, and security on a single platform. The primary goal is to incorporate security early in the design and development cycle rather than later in the process, as the waterfall method does. However, there can be a lack of awareness among the team about the importance of safety and concerns about how, when, and where to include security measures in the software.

DevSecops has already established itself in the IT business. In recent years, organizations that have previously joined development and operations teams under the DevOps paradigm have successfully delivered code. Because the sooner the code is released, the faster it may disclose the vulnerabilities, the trend of DevSecOps has produced an increasing demand for security integration into the workflow.

WHAT ARE THE TOP TOOLS IN DEVSECOPS?

Various security and compliance systems are available to handle the SDLC’s numerous elements. Static Application Security Testing (SAST), Software Composition Analysis (SCA), Dynamic and Interactive Application Security Testing (DAST AND IAST), and Container Runtime Security are examples of such technologies. In addition, several more tools are available to monitor and defend binaries in the production environment from threats that might expose the code or the environment. For complete SDLC security, businesses need to address all of these areas.

SAST tools assist developers in scanning their source code for security flaws and defects. Each found problem will be assigned a severity rating, which will help developers in prioritizing fixes. There is minimal human interaction, making it a simple and time-saving activity for developers. The SAST tool’s real-time feedback allows developers to pinpoint a security issue’s specific position and source. When SAST is incorporated into the SDLC or a CI/CD pipeline, the team may easily create the quality gates that will identify the number of issues and the severity of the failure or block a component from being promoted to the next step of the pipeline. Integration with the developers’ Integrated Development Environment (IDE) assists the developers in analyzing code problems while implementing security from the start.

This DevSecOps tool focuses on managing and monitoring licensing compliance and security vulnerabilities in open source components on which your code depends. When open source components are detected, SCA tools such as JFrog, Xray, and others will give the necessary licensing information and evaluate any known security vulnerabilities connected with these components. In addition, advanced SCA tools can provide enterprises with policy enforcement features, such as blocking binaries from being downloaded, failing builds, and informing other platforms.

DAST tools evaluate the execution logic and live data of running applications. This tool can detect SQL injection, cross-site scripting, and other common application security flaws. DAST examines the application in the form of a black box. Still, IAST employs instrumentation that combines DAST with SAST (Static Analysis Security Testing) to improve the efficiency and accuracy of application security testing.

These DevSecOps tools will monitor containers in the runtime environment and provide a variety of capabilities like firewalling at multiple levels, detecting abnormalities based on behavioral analytics, and more.

WHAT ARE THE BEST PRACTICES OF DEVSECOPS?

When contemplating the DevSecOps culture, it is also necessary to emphasize the people component and the technologies and tools. Therefore, when applying the DevSecOps strategy, a critical approach is also required. Some of the top DevSecOps techniques are as follows:

Practical DevOps tools are necessary for a successful DevSecOps implementation. However, adopting DevSecOps may be a long and dangerous road, causing conflict in the team and slowing down the development pipeline if an error happens. As a result, it is critical to divide the adoption process into smaller chunks that may accomplish with the team bringing in a cultural mind-shift. 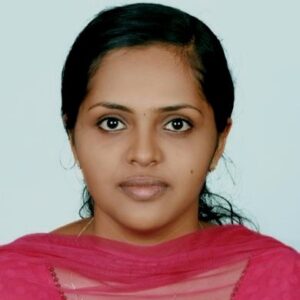